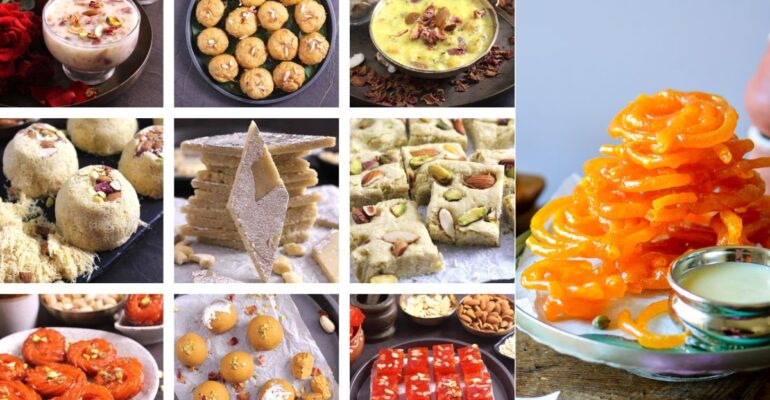 Indian sweets are collectively called Mithai which is derived from the word mitha which means sweet. There are many varieties of specific types of Indian sweets which are usually a derivative of the original recipe for the sweet. Indian sweets come in a variety of colours, textures and shapes.

Dessert is a course that concludes a meal.

Desserts can be defined as a sweeter course that concludes a meal. This definition includes a range of courses ranging from fruits or dried nuts to multi-ingredient cakes and pies.

Indian sweets and desserts, also called mithai, are significant elements in Indian cuisine. Indians are known for their unique taste and experimental behaviour when it comes to food. Many Indian desserts are fried foods made with sugar, milk or condensed milk. Ingredients and preferred types of dessert vary by region. In the eastern part of India, for example, most are based on milk products. Many are flavoured with almonds and pistachios, spiced with cardamom, nutmeg, cloves and black pepper, and decorated with nuts, or with gold or silver leaf.

Some of the famous North Indian sweets include Gulab jamun and Gajar ka halwa.

Gulab jamun is a sweet originating in the Indian subcontinent and a type of mithai popular in India, It is made mainly from milk solids, traditionally from khoya, which is milk reduced to the consistency of a soft dough. The dough is then shaped into small balls and deep-fried in oil or ghee (clarified butter) at a low temperature until they get their familiar golden brown color. The fried balls are then soaked in a light sugar syrup flavored with green cardamom and rose water or saffron.

Gajar ka halwa, is a carrot-based sweet dessert pudding from the Indian subcontinent. It is made by placing grated carrots in a pot containing a specific amount of water, milk and sugar, cardamom and then cooking while stirring regularly. It is often served with a garnish of almonds and pistachios. Because of its low fat content, vegetarian characteristics, ease of making, medium shelf-life and taste, Gajar ka halwa is a popular dessert all over India and often served at most festivals.

Some of the famous sweets of Eastern part of India include Chhena poda and Rasgulla.

Chhena poda is a cheese dessert from the Indian state of Odisha. It is made of well-kneaded homemade fresh cheese chhena, sugar, and is baked for several hours until it browns. Chhena poda is known as one of the Indian dessert whose flavor is predominantly derived from the caramelization of sugar.

Rasgulla is a soft round sweet made out of chhenna and dipped into a sugar syrup.It is made from ball-shaped dumplings of chhena (an Indian cottage cheese) and semolina dough, cooked in light sugar syrup made of sugar.

Some of the famous South Indian deserts include Chikki and Mysore pak.

Chikki is a traditional Indian sweet (brittle) generally made from nuts and jaggery/sugar. There are several different varieties of chikki in addition to the most common groundnut (peanut) chikki. Each variety of chikki is named after the ingredients used, which include puffed or roasted Bengal gram, sesame, puffed rice, beaten rice, or khobra (desiccated coconut), and other nuts such as almonds, cashews and pistachios.

Mysore pak is an Indian sweet prepared in ghee. It originated in the city of Mysore, one of the major cities in the Indian state of Karnataka. It is made of generous amounts of ghee, sugar, gram flour, and often cardamom. The texture of this sweet is similar to a buttery and dense cookie.

Some of the famous sweets of Western part of India include Modak and Shrikhand.

Modak is an Indian sweet dumpling dish . it is considered as one of the favourite dishes of Lord Ganesha and is therefore used in prayers. The sweet filling on the inside of a Modak consists of freshly grated coconut and jaggery, while the outer soft shell is made from rice flour or wheat flour mixed with maida flour. There are two types of modak – fried and steamed. Steamed modak are made of coconuts and Sugar/jaggery. They are hand-made and cooked in a steamer. They are perishable and need to be consumed immediately. Fried modak are deep fried in oil instead of being steamed. Frying makes the modaks last longer and have a different taste.

Shrikhand is a traditional sweet of the Indian subcontinent made from strained yogurt. It is a traditional dessert in Gujarati and Marathi cuisine.
India has had a long and rich tradition of sweets or ‘mithais’, which have a boundless significance in the Indian culture. Of course, we all know that sweets signify happiness, celebration, good omen, and prosperity, and no festival, ceremony or occasion can be complete without Indian sweets. 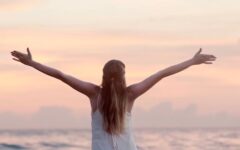 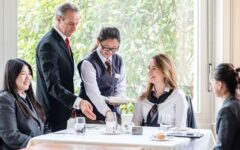 What’s make you passionate about hospitality ?

Why Hospitality Is Important ? 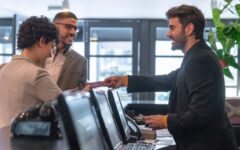 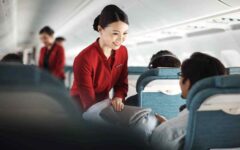 XCHM prepares students with the transformative experience and to be well professional leaders who make a positive impact on global hospitality industry.

About Us
Campus Life
Visit
Academics
Students
Our Milestones

Careers
Placement
Contact Us
Media Relations
Blogs
© 2022 XCHM. All Rights Reserved. Developed & Maintained by SP TECHNOLOGY
Select the fields to be shown. Others will be hidden. Drag and drop to rearrange the order.
Click outside to hide the comparison bar
Compare